For thousands of years humankind has enjoyed the liquid foodstuff known as ‘soup’.
In our latest blog, we discover the fascinating history of this delicious and versatile meal, as it is National Soup Month.

The word soup derives from the Latin word ‘suppa‘, which refers to bread soaked in broth. It was popularised in the 1600s by the French ‘soupe‘. The word is also found in Proto-Germanic language as ‘sup‘, which means ‘to make liquid’.

In Xianrendong Cave, Jiangxi Province, China, the first example of a soup bowl was discovered and thought to date back to 20,000 BC. The ancient pottery showed scorch marks, which would suggest the user was making a hot soup of some kind. While this is the earliest example of a soup bowl, ancient soup makers may have simply dug a pit, lined it with animal skin or gut, filled this “pot” with water and dropped in some hot rocks.

The use of hot rocks to boil water was a known practice amongst Neanderthals around this time. Indeed, boiling water is thought to follow roasting, and precede baking. Neanderthals were thought to have boiled bones to render fats that prevent protein poisoning. The result was a drinkable broth created in the water.

A Revolution of Soup Through the Years

Conquering the ancient world for over 500 years, the Roman Empire had a big impact on the history of ancient soup. They brought the recipe of Gazpacho to Southern Spain, where it became a region famous for the dish. They also created Minutal Apicianum, a traditional wedding soup.
Meanwhile, in the 7th century, in the city of Turpan, the Chinese were developing one of their mainstay soup ingredients – the humble wantan, or “shallow cloud”. It was so called because of the way the little pork dumplings floated in broths. We know them today as wontons.
In 476 AD, with the collapse of the Western Roman Empire, soup survived in the Byzantine Empire centred on Constantinople. With its fall to the Ottoman Turks in 1454, soups of Central Asian began to influence European soup culture. Unlike Western Europeans, the Turkish used lots of vegetables in their soups and did not limit soup consumption to a particular time of day or a specific course during a meal.

Soup makers in medieval Europe continued develop soups based on a range of ingredients from meats to vegetables. They stuck to the tradition of pouring soups over toasted bread, a practice that was popular in the UK, Germany, and Greece.

In the 14th century, the course of soup changed once again, this time because of fashion! The style during 14th century Europe favoured stiff ruffs around the neck. This made eating soup by lifting the bowl to one’s lips difficult. If only there was some way to carry the soup out of the bowl! Enter the soup spoon. Thanks to a change in fashion that persisted for over 200 years, the habit of eating soup with a spoon stuck and today soup spoons are a common sight in restaurants around the world. Speaking of restaurants…

The Rise Of The Restaurant – History of Canned Soup 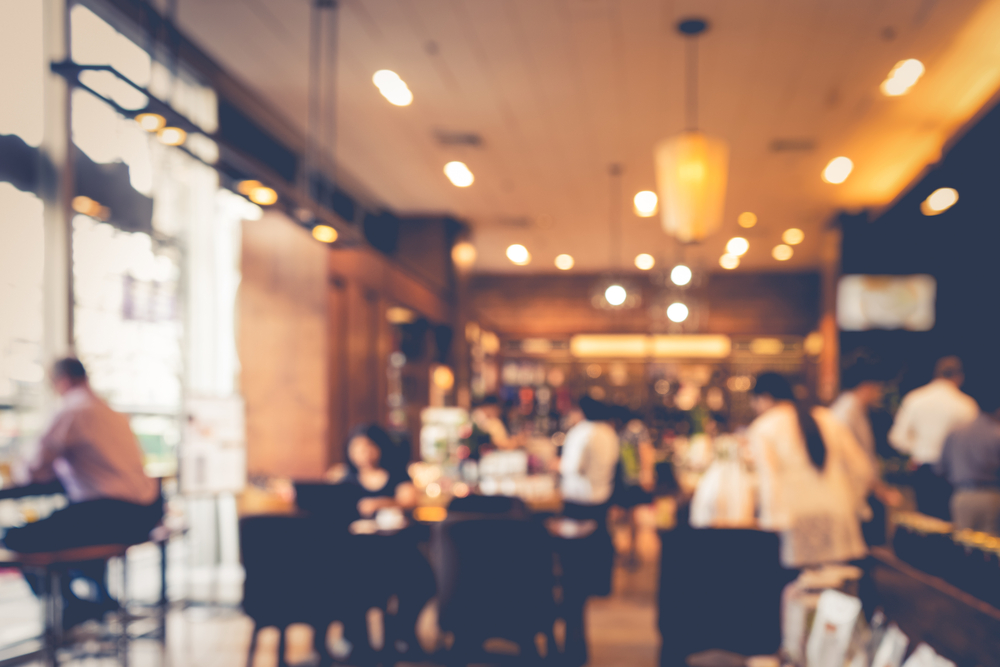 In 18th century France, street vendors would sell a restorative soup known as a ‘restoratif‘. Soup had for a long time been known for its healing properties. When an enterprising man named Boulanger decided to open a quiet eatery featuring soups, eggs and other restoratifs, the first restaurant was born.

In 1786, the first luxury restaurant opened in Paris. This led to a trend of Gastronomique cooking styles that in turn defined the types of soups we know today. Clear soups were classed as bouillons and consommés, while thicker soups became purees, bisques and veloutés. It was during the 18th century that soups really started to diversify and become little bowls of creativity.

By the late 18th century, you could tell a lot about the local flavour by tasting soup. Every region had a unique taste that used the local produce to make a tasty local soup. From the asopao rice soup of Puerto Rico to the gumbo of the Southern United States to Korean’s yukgaejang spicy beef soup, every state in every nation had a soup to call their own.

In 1897, Dr John T. Dorrance, a chemist at the Campbell Soup Company invented its famous condensed soup. Condensing soup allows it to be packaged into a smaller can and sold at a lower price than other canned soups. The soup is usually doubled in volume by adding a “can full” of water or milk.

Soup in The 20th Century

With the 20th century came more technological advances in soup. In 1958, Nissin Foods in Japan developed a dried ramen noodle soup using a dried soup stock and a nest of dried noodles. Adding boiling water to these simple ingredients creates a delicious and convenient soup.

The soup industry is a thriving industry of innovation and taste. This billion–pound industry has come a long way from its humble origins as a bone broth in a cave to becoming a regular feature of larders all over the world. Today, Campbell’s Tomato, Cream of Mushroom, and Chicken Noodle Soup are three of the most popular soups in America. Americans consume approximately 2.5 billion bowls of these three soups alone each year Meanwhile in the UK, Campbell’s Soup has created four flavours, including: Cream of Tomato, Cream of Mushroom, Cream of Celery and Cream of Chicken. These flavours remain a popular and stable choice of soup.  Nowadays, soup is very popular as either a standalone meal or an ingredient in other recipes.  During the winter months in particular, soup is a firm favourite for being quick, easy and flavoursome to make, which is why it’s a favourite for a lot of families, chefs, and food lovers alike. .. Best Herbs to Go with Soup