The people have spoken. This is the UK’s favourite soup!

A survey by YouGov in 2011 revealed 37% of brits rated tomato soup as their favourite with men and women of all ages agreeing on this. Potato and leek came in second place with 17% and Chicken followed behind with 16%, but is tomato still the UK’s fave? It’s time to find out.

Campbell’s have four soup flavours in the UK to choose from… Cream of Celery, Cream of Mushroom, Cream of Chicken and Cream of Tomato. We constantly get great feedback on all of our soups, so we know how much you love them!

But we really wanted to narrow down Campbell’s UK’s favourite soup; So, we took to our social media channels to find out your favourite Campbell’s Soup flavour. We did a series of polls to begin with and hundreds of you came out to vote!

After receiving the votes on our two original polls we took the two winners into the final.

The people have spoken. It’s official, Cream Of Chicken is the UK’s favourite Campbell’s soup flavour, But it was a close-run thing. We were only 41 votes away from hearing Cream Of Tomato win again.

The Winner – What is it about Cream of Chicken?

We received a lot of feedback from our foodie fans telling us why they voted Cream of Chicken; Here’s what you had to say:

“Very difficult to decide between Chicken or Mushroom. CHICKEN won simply because I could add more ingredients to that variety than I could mushroom.” Moira Doherty

“Cream of Chicken. I use it in so many recipes” Betty Mcclean

“I’ve gone for chicken as I find it more versatile. I use it when cooking pork chops and use it in chicken and leek pies amongst other things” Jane Beauchamp

“The chicken tastes delicious, and can be used in so many different recipes” Sharon Kerr

“I use the chicken one to make my sauce for chicken pie, couldn’t be without it” Jules Walker

And there we have it, the official UK favourite… Cream Of Chicken. There are so many advantages of Cream Of Chicken, it’s wholesome, a great comfort food, very nutritious (it even has been proven chicken soup can relieve cold and flu symptoms) and an extremely versatile recipe ingredient. A well-deserved winner.

Didn’t have a chance to get your say? Make sure you let us know your thoughts on our social media channels, just in case we need to do a revote! 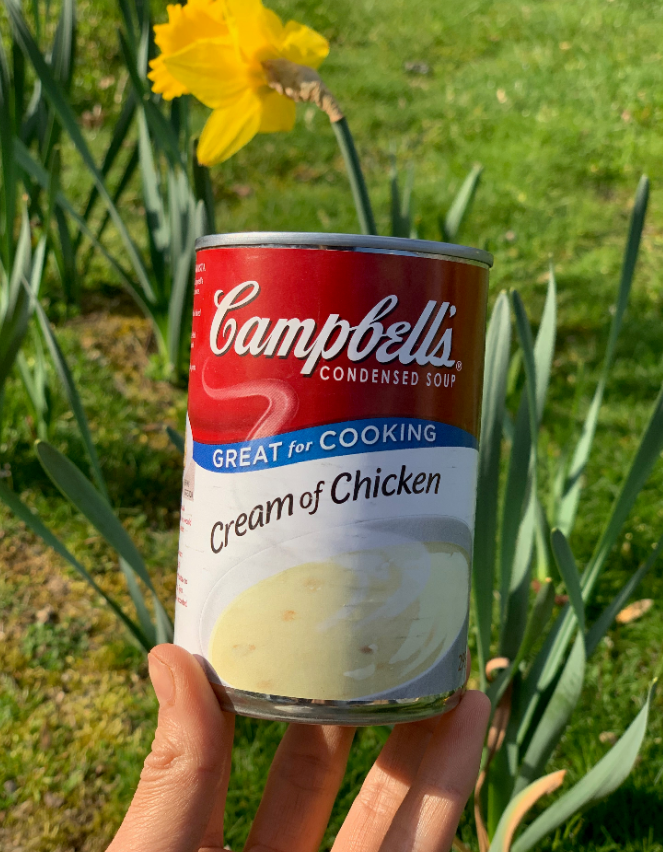 Why We Love Vintage Campbell's Soup