Mushrooms are one of the most unique foods on the planet. Not a plant, not an animal, but a fungus, they are their own form of food. They are a great way to bulk out any meal without adding additional calories.  Mushrooms are truly fascinating, apart from their many health benefits, they taste great on pizza, in salads, on pasta, and just about anywhere you put them! But there are also some mushrooms that will make you hallucinate. That is not something you can say about any other veggies!

1.  Portobello, Button, and White Mushrooms are all the Same

2. One Portobello Mushroom contains more Potassium than a Banana

Some of Portobello Mushrooms’ best health benefits come from their potassium content. Your body needs potassium to aid nerve functions, alongside sodium and calcium which helps boost nerve communication. Potassium is also important for heart health, it can help balance out the effects of sodium and keep your blood pressure under control. Portobello mushrooms are high in potassium so good for your diet.

3. Some Mushrooms Can Create Their Own Wind

Many people once thought that mushrooms spread by passively dropping their spores, after which the reproductive packets would hopefully get picked up by a gust of wind and carried hither and thither. But new research shows mushrooms take a more of an active role in spreading their seed, they are known to “make wind” to carry their spores about, said.

4. There is an edible Mushroom that Grows in the Wild that Tastes Nearly Identical to Fried Chicken

This fried chicken-tasting mushroom is called Laetiporus and also known as ‘Chicken of the Woods’ it can be found in Europe and North America. Laetipporus is bright in colour and known to be succulent and soft, it grows mainly on oak tree trunks and can also be seen on the trunks of yew, cherry, sweet Chesnut and willow from late spring to autumn. It’s well known for its unique chicken-like taste, however, it does not agree with everyone, it has been known to cause dizziness and stomach upset. It is inedible when found growing on a poisonous tree, like yew.

5. Brazil & Japan are both Home to the Famous Chlorophos Mycena a fluorescent mushroom

Mycena chlorophos is a species of agaric fungus in the family Mycenaceae. First described in 1860, the fungus is found in subtropical Asia, including Japan, Taiwan, Polynesia, Indonesia, and Sri Lanka, in Australia, and Brazil. If you get a chance to visit Brazil or Japan in your lifetime, make sure you look out for the bright green, fluorescent mushrooms. The best places to see this natural sight are between Alishan and Chiayi, as well as near the national parks of Sheding and Kenting. 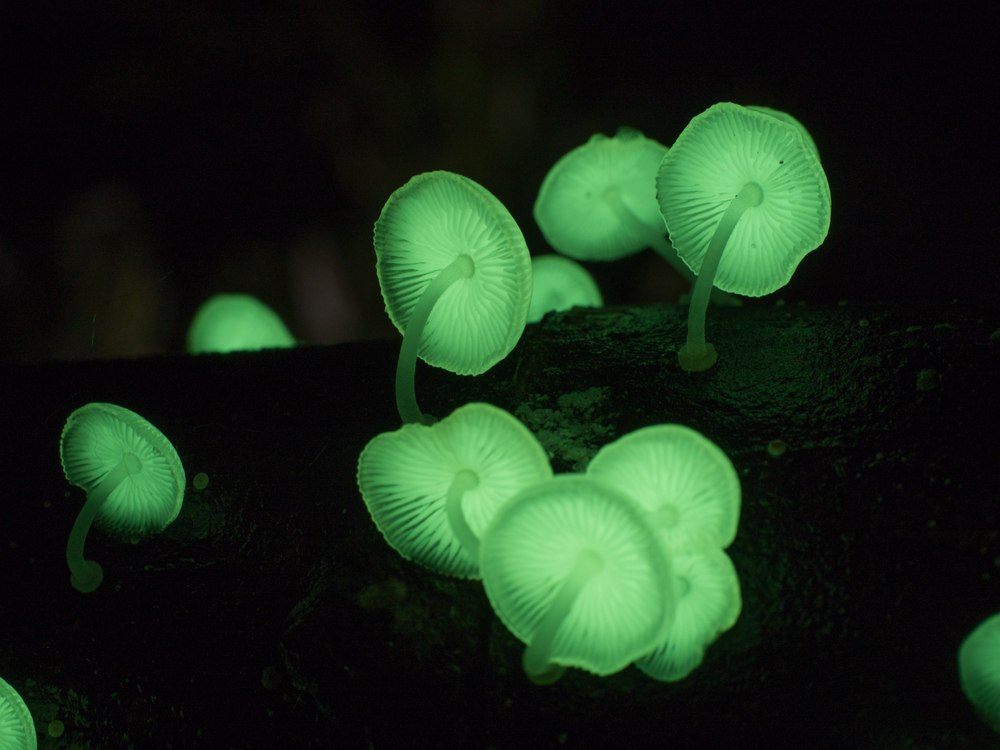 Mushrooms are the only good plant source of vitamin D, which is what makes them unique. Like humans, mushrooms can take in this vitamin when exposed to UV light sources, resulting in a high vitamin D content.

Every year, it has been proven that around 2,000 new pieces of fungi are discovered, from a variety of sources, including the human fingernail says the BBC.  Scientists at Kew and their collaborators have named and published scientific details of 156 species this year. Of these 27 are fungi, including six from the UK. Dr Martin Cheek, a senior scientist at Kew Gardens, said there has been a bumper list of incredible newly named species in 2020.

“It’s pretty sensational to have six new species to science from the UK and it would only ever happen with fungi because of the fungi on our planet we know such a minute proportion of them.”

Mushrooms are a versatile vegetable that have great benefits, try and get your daily intake with Campbell’s tasty cream of Mushroom Soup.